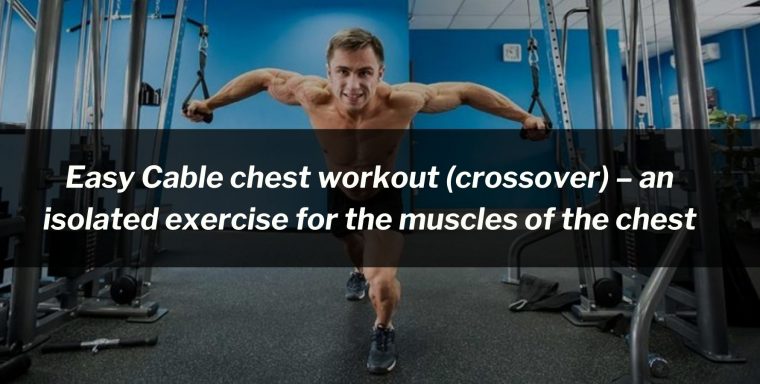 Did you know you can do a full chest workout targeting all the muscles that make up your pectoral muscle group, using one single machine?

You can! And the machine that makes this possible is the cable machine.

Performing exercises in the Cable Crossover Machine has its own specifics. As for the exercises, such as chest cable crossover, main advantages are as follows:

Isolation exercises allow you to focus on just one area. You can work on proper technique and load the muscle with an exact amount of weight and reps to work it to exhaustion. The benefits of isolation exercises include targeting specific muscles without stressing any others.

Often, in isolation exercises, the technique plays a more significant role than weights. Cable chest fly is no exception. Our task is not to load the muscle to the maximum (there are basic exercises for this), but to make it work so that it grows the way we need. Well, in the case of finishing exercises, we work with already tired muscles, so heavy weights are also irrelevant.

Let’s look at the classic cable exercises for chest:

The classic version of the crossover emphasizes the poundage on the lower chest.

When performing the lower chest cable fly, do not allow the elbows to straighten. An angle of about 10 degrees is maintained all the time. With the right technique, the hands path resembles a semicircle. At the same time, the back should remain straight. Shoulders should be straightened.

It is also important to control muscle load and not allow yourself to work at the expense of hands. We train the chest to build defined pectorals, remember this. Avoid jerking, the movement should be smooth, the muscles do not relax for a second. 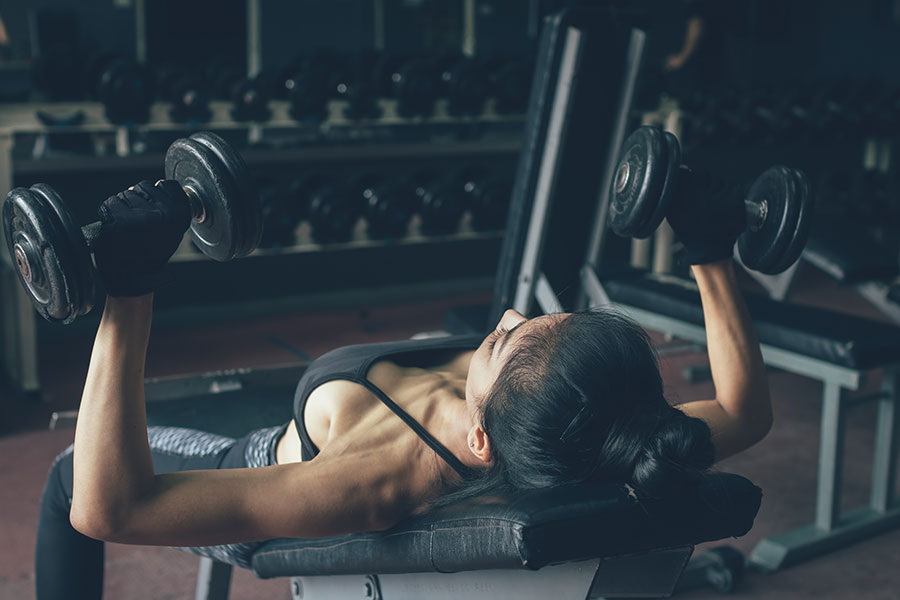 As already mentioned, classic chest cable crossover mostly affects the bottom of the chest. As a matter of fact, it’s worth bringing variations of this exercise, the combination of which will help to build defined pectorals and pop your top chest.

In general, the technique of the exercise remains the same, only the position of the body and the direction of crossover changes.

When our task is to draw the shape of the top chest, the handles should be pulled not from top to bottom, but vice versa from bottom to top. The low cable curl is performed.

In low cable curl, the weight is redistributed to the top chest. The line of resistance from the cables targets the muscles of upper pectorals. It stretches the muscles under load which can lead to greater muscle gain.

Related Post:  Chest Workout: 7 Ways To Build The Top Of The Pectoral Muscles

In the start position, stand in the center between the cables, turn to face away from the cable pulleys and grasp one handle in each hand in an underhand grip, the hands are slightly bent at the elbows, lowered down on the sides of the body and slightly laid back (until the top chest is stretched). The palms are directed to the body. Take two steps forward and position your feet in a split stance with your left foot forward and right foot back or whichever position is more comfortable to you, ensuring that your feet are slightly further than shoulder-width apart. As you exhale, your hands need to be raised and brought down in front of you. On inspiration – return to starting position. It works better if you contract your chest at the peak of the rotation to really hit those inner pecs. Repeat for the specified number of repetitions.

You can also try the lying cable chest fly. In order to do it, place a bench in the middle of the station. Attach stirrup handles to the low pulleys, lay down on it and grab the handles of the chest work out machine. The poundage will be similar to the exercise with dumbbells. However, thanks to the resistance of the machine, your muscles will not relax for a second, that is, the exercise will be even more effective. It will help to get defined pectorals even sooner.

How to build a chest cable workout

You can include cable chest fly in your training program, and do it after more difficult basic exercises. Chest cable exercises should be performed in 10-15 repetitions of 2-3 sets with low or medium weight. For chest cable crossover of primary importance is technique.

You can also combine a cable chest workout with push-ups, performing the sets of both exercises without a break. That is, for example, 20-30 push-ups, then immediately 10-15 crossovers, then relax, and do the next set. 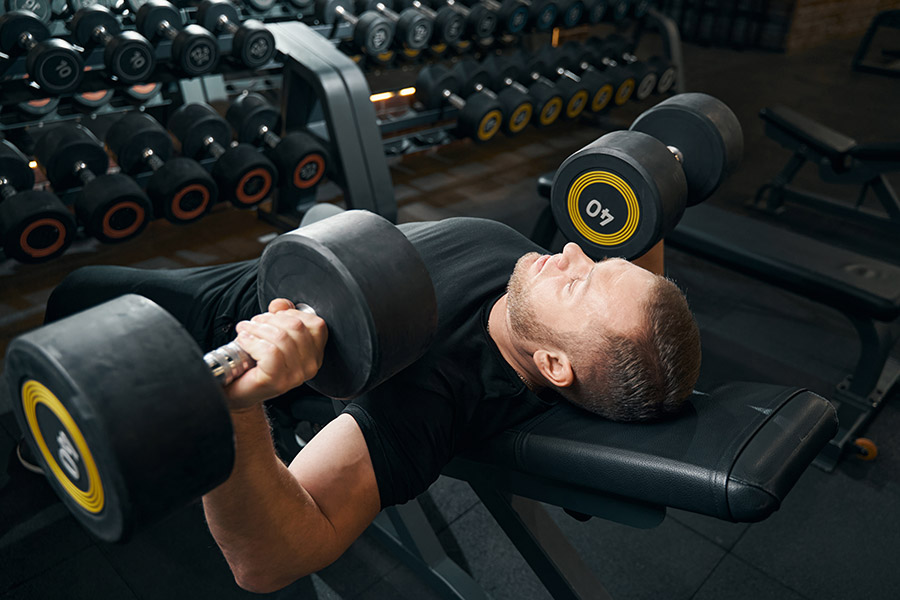 A Workout To Challenge Your Chest

Training in the gym isn’t the only way to have a good chest workout.  It’s true!  There are several exercises that can be done at home to challenge your pec muscles.  Both men and women who are serious about staying in physical shape usually have set routines to work each muscle group.  We thought it would be beneficial to provide everyone with an awesome chest workout that is guaranteed to show results. Depending on the individual goal, this workout can be done at least two times per week. Just make sure to space out the routine.  Stay hydrated and motivated. Let’s get down to business and go through each exercise:

Related Post:  SARMs: What are the Best SARMs for Women to Use Safely and Efficiency

Here, you’ll be doing a standard press-up, but with your hands placed wider than shoulder width apart.  The goal is to do three sets of 10-15 repetitions.

Start in the classic press-up position. Next, move your right hand to the left until your two hands are next to each other. Slide your left hand further left until your hands are shoulder-width apart again. Perform a press-up and repeat, moving to the right. That’s two press-ups, but only one rep.  If you can do three sets of these, great!  Some may think this is an awkward movement.  Do what you can and work until you feel the burn.

Do a press-up with your hands close enough for the tips of your thumbs and index fingers to touch.  Three sets of 10-15 reps will really work those muscle fibers.

Perform a press-up with your right hand on the floor and your left hand on the box. You can use a large book rather than a box if you don’t have access to a box. Switch arms and repeat. That’s one rep. The goal again is to aim for three sets of 10-15 reps.

Do a one arm press-up with your left hand on the box (book). From the starting position, lift your right hand to beside your left. Move your left hand down to the floor, with hands shoulder-width apart. Do a press-up. That’s one rep.  Do what you can with the goal of three sets, 10-15 reps.

There are alternatives for all dumbbell and barbell chest exercises that can be done on the cable machine that are just as good, if not better.

Doing the exercises provided in this article will give your chest a complete workout, focusing on equal parts on each section of your pectorals for improved performance and aesthetics.

What is your ‘go-to’ cable chest exercise? Let us know in the comments section below!